Last week, I finished the finale of Jane The Virgin, the TV Drama telenovela series. The show seemed to be all the rage a few years ago, and so I was late to the party watching it. But all I can say is: wow. Art in its many forms is designed to do one thing: to move its audience. The show centers on family, love, and the notion to never give up on yourself or the ones you love. The above quote, “inhala, exhala”, a phrase used in the show throughout its entirety, has become a phrase that I notice myself repeating in my head whenever there is a moment that warrants me to take a few deep breaths. The above picture is Yael Grobglas, who played Petra Solano on the show. It was taken on the last day of filming, and she stated that she was taking a moment to “inhala, exhala”; to take in the last precious moments and reflect on the 5 previous years of Jane The Virgin. This caused me to really think. “Inhala, exhala” can serve two major purposes in our lives. To either 1: let something go or 2: take something in.

Let’s start with the number one. To let something go. We all know that deep breathing is one of the most effective tools to calm stress and anxiety. And everyone experiences times of both. That is just a fact of life. But the funny thing is, is that much of what humans worry and stress about is wasted energy. Is worrying and stress valid and to be expected? Of course. But, in the end, people seem to notice that the small things that brought great stress were not worth the sweat. This mantra: inhala, exhala serves as a powerful reminder that we are always in control. As Nelson Mandela stated, “I am the captain of my fate, the master of my soul”. We have the power to let go of what does not serve us. And sometimes that comes in sitting down to inhale and exhale deeply. One powerful method that seems to do the trick for me, is the “four, seven, eight” method. Inhale for 4, hold for 7, exhale for 8. Repeat for about a minute and you will notice a physical shift. Visualize yourself exhaling out the thing that is taking your calm. Sometimes you just need to let it go; that conversation, moment, outcome, or feeling. Feel. Release. Repeat. But most importantly, inhala, exhala.

Now, for my favorite of the two purposes. To take something in. In moments of heightened emotion, whether it is fear, stress, anger, excitement, or gratitude, in order for our minds and bodies to process them fully, it is required of us to slow the moment down. Just as we discussed letting things go with an “inhala, exhala”, the same is sometimes needed when we want to take something in fully. In moments of extreme love, gratitude, and wonder (the very best of emotions!) take a moment to inhala, exhala. This can be before an event, during, or after. In Yael’s case, she took a moment before filming the final episode to breathe in all of her feelings. To sit down in them. To honor them and embrace them fully. It has a camera-like effect. It takes a mental snapshot of the moment. If you do not take the time to LOOK AROUND at all that life has to offer, you will be missing the point.

For anyone who has seen the show, you will recall that the phrase always went like this: “inhala, exhala, Jane” (the main character). Whether it was when she was feeling incredibly stressed or incredibly blessed, she reminded herself to do this. You can catch me saying this to myself, sometimes out loud. In which case you will know why and not wonder why I am speaking out loud to myself in Spanish ;).

And so, I will leave you with this. In the words of John Lennon, “When I was 5 years old, my mother always told me that happiness was the key to life. When I went to school, they asked me what I wanted to be when I grew up. I wrote down ‘happy’. They told me I didn’t understand the assignment, and I told them they didn’t understand life.”

Inhala….exhala…let it go. Take it in. All of it. 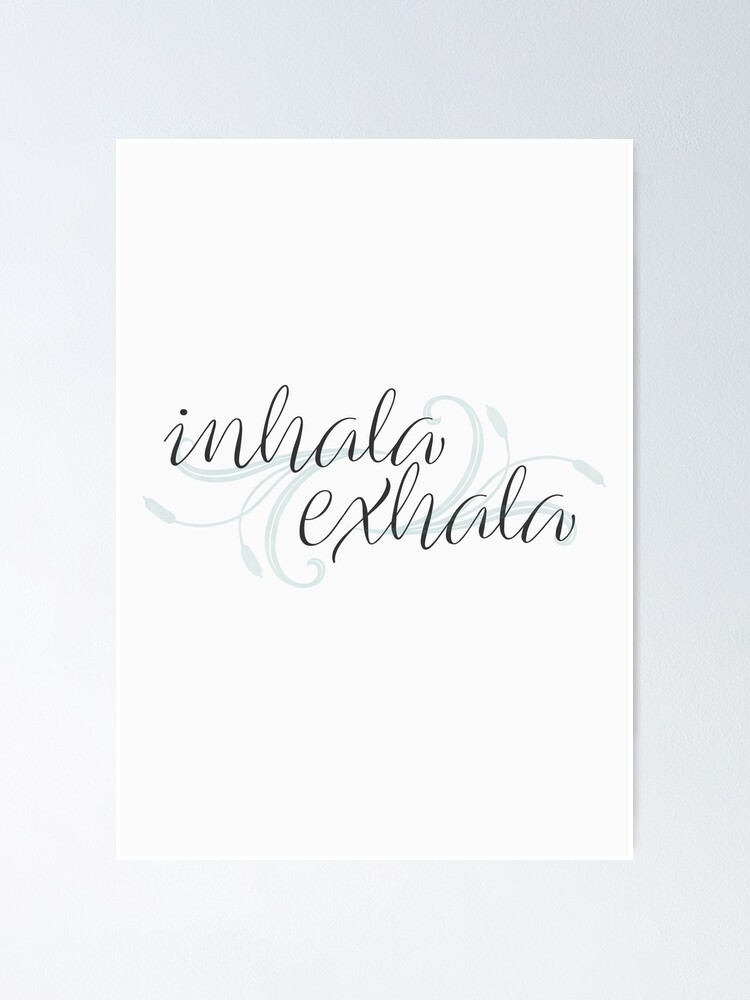